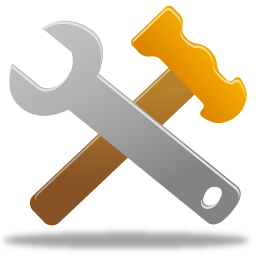 On Wednesday January 1 at 12:15 am PST we will be performing maintenance on the server that Wildlife Rehabilitation MD is hosted on.

This maintenance is being performed to update the code base with enhancements that are designed to streamline and simplify the usage of the database as well as add a few new fields that are common custom fields across many of the accounts.. For specific details on the upgrades visit wrmd.org/about/updates.

Users should avoid using Wildlife Rehabilitation MD between Wednesday January 1 at 12:15 am and 2 am PST or you may experience odd behaviors from the site.

On Friday December 20 at 9 pm PST we will be performing maintenance on the servers that Wildlife Rehabilitation MD is hosted on.

This maintenance is being performed to improve the reliability of the servers that Wildlife Rehabilitation MD is hosted on.

Users should avoid using Wildlife Rehabilitation MD between Friday December 20 at 9 pm to 11 pm PST or you may experience odd behaviors from the site.

Bird alpha codes are four-letter codes commonly used by birders and bird banders as abbreviations for bird names. Apparently there is/was drama in the birder’s and bird bander’s community concerning the alpha codes and now two different sets of codes are in use. The first codes were created by the Bird Banding Laboratory (BBL) for use by bird banders in submitting data; consequently the codes are frequently referred to as “banding codes”. A slightly different set of codes has been published by the Institute for Bird Populations (IBP).

The basic codes were derived from a simple set of rules for reducing a name to four letters. A major problem is that the rules can create “collisions”; cases where two (or more) different names reduce to the same four letters. In these cases, different codes had to be created ad hoc. Unfortunately, if you want to use the codes, you simply must memorize the special cases; there is no way around it. Worse, the BBL and IBP code sets differ in some of these ad hoc codes.

As Stated by the Institute for Bird Populations

“The U.S. Bird Banding Laboratory (BBL) has long used alpha codes in banding data, and these codes have become an integral part of large ornithological programs across Canada and the United States; however, inconsistencies have occurred in the rules governing the alpha codes of the BBL, and their list does not include most species found in Mexico, Central America, and the Caribbean but not in the United States or Canada.

Therefore, a new set of four-letter (for English common names) and six-letter (for scientific names) species alpha codes were developed…”

The Bird Banding Laboratory has acknowledged the species name changes made by The American Ornithologists’ Union (and reflected in the Institute for Bird Populations alpha code list) but has yet to update their alpha code list to reflect the change in species names.

“Taxonomic revisions by the AOU have resulted in many changes in bird classification over the past several decades. The Banding Offices acknowledge these changes and uses the common names assigned by the AOU…”

Because the Institute for Bird Populations maintains an updated list of species and their alpha codes (at the time of this writing and according to the IBP website, maintained through the AOU’s 53rd supplement) we are adopting the IBP’s list of four-letter alpha codes. As of last week, our database of birds has been updated with all the identifiable species alpha codes. The only unidentifiable species we have adopted is Unidentified Bird (UNBI). Users can now search for an avian species using the four-letter alpha codes or the species common name. We will do our best to keep the list of birds and their alpha codes updated, while avoiding the drama.

This month our extension of the month is a br

How to use the Volunteer Manager Extension

When the extension is activated, a link called Volunteers can be found under quick links. Clicking this link will bring you to a page that lists all of your volunteers. Initially you may see no volunteers, because none have been added. To add a new volunteer, you can click the add new volunteer button. Fill in the volunteer contact information form and they will be added to the list. Additionally, if any of your rescuers are also volunteers you can select the Is Volunteer check-box and the they will also be added to the volunteer list.

This extension currently does not provides users with an interface to connect to any existing volunteer databases used by your organization. In the future that capability will likely be added in but for now this is meant as a simple volunteer lookup database that integrates directly with the Husbandry Extension.

Make sure that all your records for 2013 are admitted before the end of the year. Once 2014 starts you can no longer add cases to 2013. Use the Quick Admit extension if necessary to help speed up the process if you are far behind.

Also, once your records are admitted, remember to reconcile all of your open records before submitting your federal and state annual reports.

For your own information, it is also a good idea to clean up your data. For example, city names may be spelt incorrectly or patients may still be listed as holding at your clinic when they are in-fact already dispositioned. You should try and make sure that all your released and transferred patients have a disposition location and date as well.

Congratulations on (almost) finishing the year! We hope that things went well for you, whether this was your first year using Wildlife Rehabilitation MD or not. For us it was a fantastic year getting to meet and learn from so many great rehabilitators. Because of all of you, we once again have made some great changes to the database and can look forward to an even better new year.