2013 is soon coming to an end and although it may be a few months before all your patients are dispositioned, that doesn’t mean that we can’t look forward to 2014. Through everybody’s feedback and usage of the database this year we have learned so much more about how the community keeps records and what improvements we should make. So, in the beginning of 2014 will be introducing some simple changes that are designed to streamline and simplify the usage of the database as well as add a few new fields that are common custom fields across many of the accounts. Listed below is a preview of changes that are coming and a brief description of each. As we get closer to the new year we will release a video tutorial showing how to take advantage of all these changes.

Preview of Changes Coming in 2014

This is a just a short list of the most important changes coming. If you have any feedback or thought on these changes please let us know. You can email us at [email protected] or send us feedback from within Wildlife Rehabilitation MD.

There is often a concern about losing data. We at The Wild Neighbors Database Project agree that loss of data would be a tragedy. We have taken several precautions to eliminate this from happening. We can never be 100% sure of anything when it comes to data. If your data is on paper there could be a fire or if it’s on a server, the server could be damaged. There could be any number of creative ways it could disappear no matter what we do to protect it.

Wildlife Rehabilitation MD Backup is designed to put our users minds at ease.  At anytime you can backup all of your data in your account to your computer, flash drive, dropbox account, etc. If you ever decide to leave WRMD you can take your data with you.

There are 2 ways you can save your data. 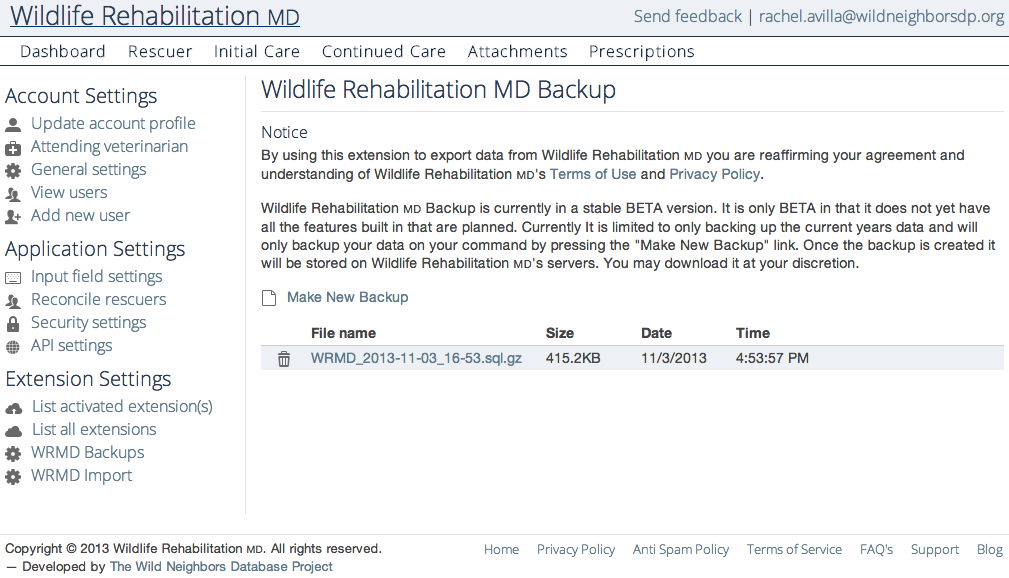 The first way is to download it into a sql file. When you activate the Wildlife Rehabilitation MD Backup extension, a link will show up near the bottom of the left side bar. Click on this link and it will take you to the Wildlife Rehabilitation MD Backup page. Then click on Make New Backup and a new backup will be made. The file will be listed below which shows that it is saved on the WRMD server. If you click on the file name you can download it to where ever you choose. Keep in mind in order to access this data you must have someone who knows how to read this file and translate it for you.

The second way to save your data is to do a normal export of all the data to an excel file. This is much easier to read, but is a massive amount of information for excel to deal with easily.

Rest assured that we backup the database twice a day on two separate servers, just in case anything happens that is out of our control. 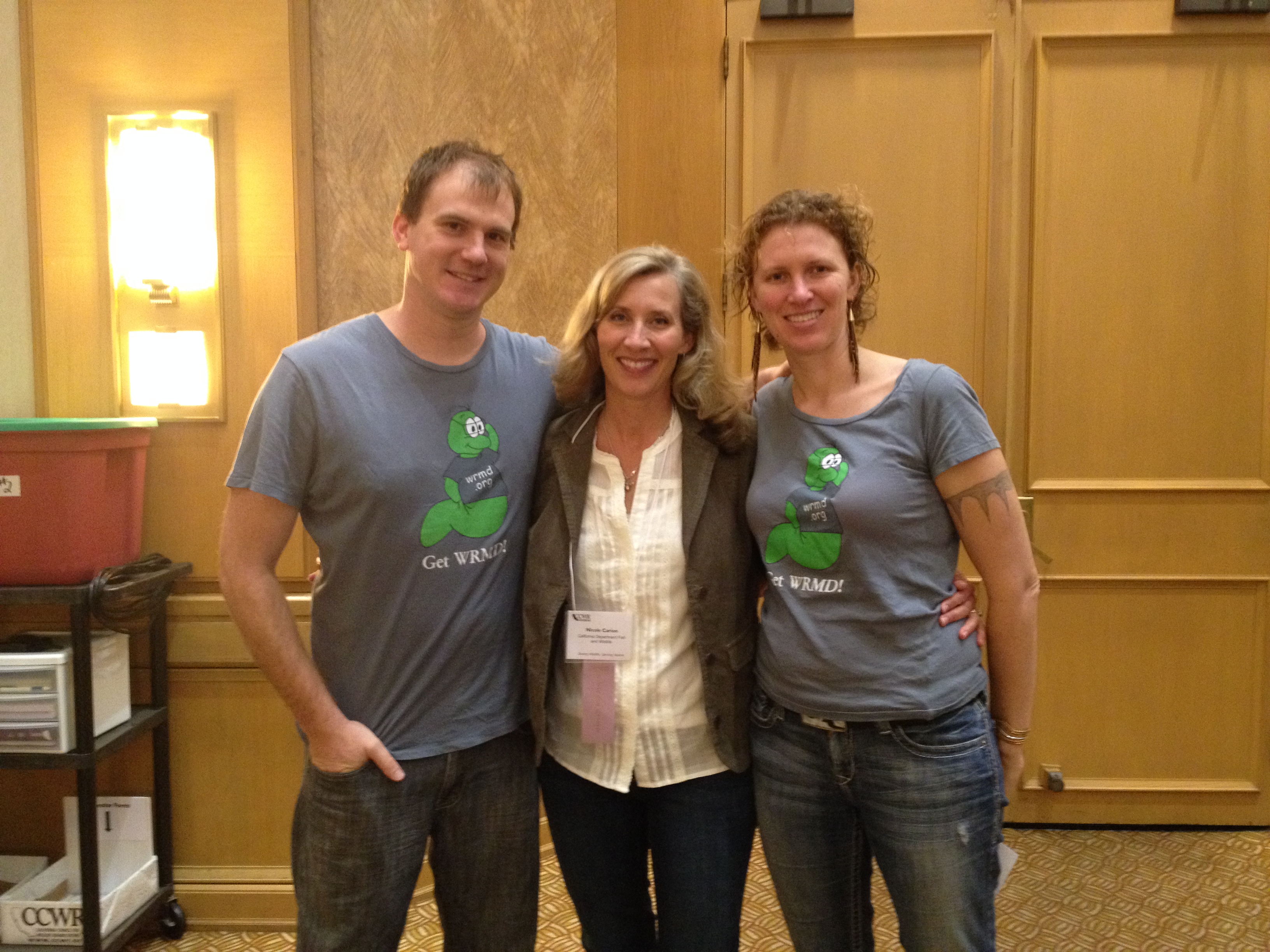 On Friday the eighth of 2013 we presented WRMD to the conference goes. Unfortunately their were technical difficulties with recording the screen so there is no video of the screen tutorial as well. This presentation was also at 4pm on a Friday and most people were exhausted from the days previous discussions, so we also took a low key approach. If you have an hour and fourty-five minutes, check it out!

We added a tutorial video on exporting a record from Wildlife Rehabilitation MD. There are three distinct ways to export records; 1) exporting all records 2) exporting a subset of records and 3) exporting one individual record. All three ways are simple and effortless. Watch it and learn.

As the end of the year comes to a close there are certain steps that must be taken to be able to close out the year with WRMD. It is best to start in fall, that way you are not stuck doing everything the last week of December.

1. Reconcile all of your open records

2. Make sure that all your records for 2013 are entered. Once the new year starts you can not longer add cases to that year. Use the Quick Admit extension if necessary. The previous blog explains how to use Quick Admit.

3. For your own records it is good to export a report of all the intake numbers with their city found. Many times city names are spelt incorrectly and this will disturb your data.

4. There is a newer extension call Wildlife Rehabilitation MD Backup. This allows you to backup all the information for the year yourself. This can be on your computer, server, cd or flash drive. Will also keep all the data stored, it will not disappear, but it never hurts to have triple backups.